Bell Nursery products are available in Maryland, D.C., Virginia, Delaware, Philadelphia metro area, the Southern Ohio Valley, parts of northern North Carolina, and parts of Michigan and Indiana, only … at the Home Depot. 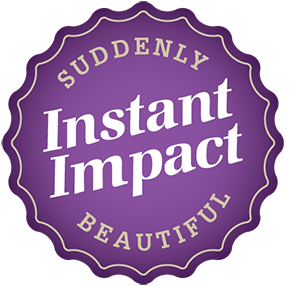 Rose and Grafton Mangum built a greenhouse at their home in Langley Park, Md. and later established Mangum Florist in Silver Spring, Md.

Daughter, Lola Mangum Bell bought the florist, renamed it Bell Flowers, and moved to its current location on Georgia Avenue.

To increase buying power and get in on the ground floor of what Bob & Shirley felt was a coming tropical plant boom, the Mangum’s established Interior Plant Distributors (IPD), a first of its kind 35,000 square foot retail houseplant mega center in Rockville, Md. The Washington Post ran a front-page article and thousands of customers purchased hundreds of thousands of plants over many years.

Bob and Shirley Mangum purchased property on Bell Road in Burtonsville, Md. and began construction of the future Bell Nursery. The business was initially established to help satisfy the potted plant and floral needs for the Mangum horticultural businesses.

Gary terminated by Bob; Gary blames too many late nights.

Gary and Mike joined Creative Plantings – Gary in sales, Mike in operations – and helped grow the business to the fourth largest interiorscape firm in the country, beginning a long-term partnership that remains solid today.

Bob and Shirley Mangum purchased a farm strategically located in Marydel, Md., a very rural area located in the center of the New York to Virginia triangle.

Gary and Mike purchased Bell Nursery and began to focus on growing great annuals that offer “Instant Impact” in the landscape. Gary focused on sales and merchandising side of the business, while Mike concentrated on growing operations and finance. At the time, Bell had about 100,000 square feet of greenhouse production at the Burtonsville location.

Bell Nursery trademarked the phrase “Instant Impact”, which it began using earlier in the decade to describe the effect of full, colorful Bell flowers in a landscape.

Bell Nursery became single source supplier to Home Depot for annuals, perennials to 54 stores in Maryland, Delaware and Virginia., and increased to 65 stores over the next year. More than 70 farmers inquired about joining the Grower Network.

Bell Nursery became one of the first commercial growers in the country to earn Veriflora certification for demonstrated commitment to “delivering only the highest quality products, produced with rigorous environmental accountability while at the same time addressing the health and well-being of workers, their families and communities,” from seed to store.

Became the first large grower nationally to eliminate neoniconitoids from its integrated pest management toolbox, as it was feared they could possibly harm bees. Many other growers have since followed this example.

Stepped up our sustainable practices, with 8 years as a Veriflora Sustainably Grown certified grower and a five-year total of 2.7 million pounds of material recycled through our facilities. The Elkridge and Burtonsville facilities operated on 100% wind generated power for the fourth year and we began our second year of beekeeping, as we searched for answers to large-scale bee loss in a neonic-free environment.